Implementation of the Bologna Declaration: Italy and Austria 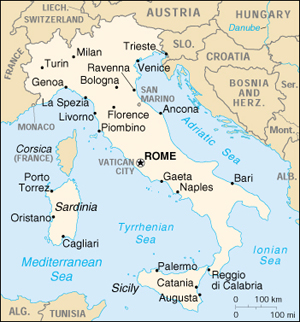 Until quite recently, the Italian university system remained rigidly centralized. During the 1960s and 1970s, increased demand for university degrees brought about the massification of higher education in Italy, which in turn necessitated a complete overhaul of the system. Between 1989 and 1998, a series of reforms were implemented that marked the first steps toward decentralizing the university sector. The reform measures resulted in a number of transformations and innovations, which included granting full autonomy to all institutions of higher education.

In addition, the Ministry of Universities, Scientific and Technological Research (MURST) was established in 1989 to administer the country’s system of higher education.

The most dramatic changes in education are yet to come. New legislation in line with the Bologna Declaration is gradually overhauling the entire framework of university education in Italy. Eventually, the updated degree structure will include a three-year first degree, a second degree requiring two more years of study and a third-level degree (doctorate) after no less than three years of additional study. Courses will be recorded in workload credits.

The reforms are gradually being implemented, with the universities setting up the new degree programs. The two systems will most likely exist side by side for several years to come.

Stage I: The diploma universitario (DU) was first introduced in 1990 to provide short-term education that was more vocationally oriented. For now, DU programs are set up by individual faculties in a large range of academic disciplines and require two to three years of study.

Stage II: The laurea is awarded after four-to-six years of study: four years for business studies, law, economics, humanities, natural sciences, education, physics, mathematics and sociology; five years for agriculture, architecture, engineering, veterinary medicine, dentistry, chemistry and biology; and six years for medicine. Research and the defense of a dissertation are required for this degree. The laurea gives admission to doctoral studies programs via competitive exams, and is also the minimum legal requirement for entry into most professions up to the managerial level. Holding the laurea gives the right to use the title dottore/dottoressa.

The diploma di specializzazione is a postgraduate program that lasts two years beyond the laurea and is geared toward professional training. Most of these programs are offered in the medical field and qualify graduates as specialists in their professions.

Italian universities, which enjoy a large degree of autonomy, also offer programs and award qualifications that are different from those regulated by state law. Entry into these types of programs, often referred to as corsi masters, generally requires a four- to six-year laurea. The maximum length of a corsi master program is one year. The master’s in Italy is considered further education and/or training, but the indispensable degree for professional employment is the 4-6 year laurea.

Stage III:: Access to programs offering the dottorato di ricerca (doctorate) requires a laurea or equivalent degree. The doctoral degree is awarded after the completion of supervised research activities and the defense of a dissertation.

Stage I: The DU will be eliminated, and the laurea will become the first degree, awarded after three years of study for all fields of study.

Stage II:: The laurea specialistica will be awarded upon completion of two additional years of study beyond the three-year laurea. Holders of this qualification are entitled to pursue doctoral studies. They are also qualified to enter a number of professions after taking professional state examinations for regulated professions, or individual professional exams for private or semi-private commercial or industrial concerns.

Postgraduate programs (diploma di specializzazione and the corsi masters) will be the same as in the traditional system.

Stage III: The dottorato di ricerca will remain the same, open to all holders of the laurea specialistica. Admission to doctoral programs will also require taking a competitive entrance exam. The Federal Ministry of Education, Science and Culture (BMBWK) has created a task force to track the progress of the Bologna process in Austria. Successful implementation of the reforms will largely depend on the active participation of the country’s universities, fachhochschulen and academies. Many of these institutions are putting up a fair amount of resistance to the Bologna Declaration as some of the proposed reforms will mean extra work for university administrators, which has been the case in other countries undergoing similar changes.

Among the most important changes is the adoption of a two-tiered degree structure. New bachelors and masters degrees are being introduced in part to shorten the length of study programs and to curb the dropout rate among first-cycle students.

Several initiatives are in the works to facilitate the reform process. For instance, training courses are currently being held for university administrators so they can better deal with the implementation of the Bologna reforms.

In addition, talks are under way to establish an Austrian accreditation and evaluation agency to improve quality assurance in teaching and research.

In order to mobilize support among institutions of higher education, the government has launched an information campaign to generate public awareness about the Bologna Declaration. For example, the Federal Ministry of Education, Science and Culture plans to hold annual “Bologna Days.” The first Austrian Bologna Day was held June 21, 2000, at the University of Vienna. Some 180 people showed up for the event to discuss obstacles to student mobility and other issues pertaining to the Bologna Declaration.

Stage I: Fachhochschulen (polytechnics), first introduced in Austria in 1994, award two types of degrees: the diplom-ingenieur (FH) for technical subjects and the magister (FH) for nontechnical subjects. Unlike university studies, the programs offered at fachhochschulen are more professionally oriented and generally include practical training. Programs are three-to-four years in length.

Stages I & II: The diplomstadium program (considered the first phase of higher education in Austria) lasts four to five years, but in fact most students usually take longer to finish. It is divided into two parts: the Erste Diplomprüfung, which introduces the student into an area of specialization, and the Zweite Diplomprüfung, which entails in-depth study and requires a written thesis. Students who successfully complete this stage of higher education are awarded either a magister or a diplom degree, depending on the field of study.

Stage III: The doktor (doctorate) requires an additional one-to-two years of study, but the actual completion time tends to be much longer. It is earned through research and the writing of a dissertation.

Stage I: A bachelor’s degree called the bakkalaureat has been introduced and lasts a minimum of three years.

Stage II: The second stage leads to a master’s degree, but we have not been able to ascertain the name of this qualification or its length.

Stage III: doktor (same as in the traditional system).